Warning: in_array() expects parameter 2 to be array, null given in /var/www/vhosts/flyfishingreports.com/includes/feed.php on line 227
 FlyFishingReports

The flows just came up a little more but I'm not sure if it will help much. This week the BWOs made a reappearance and the fishing picked up, primarily after 12. Sadly, the expected temperature crash by the end of the weekend will probably put an end to that but it brings up a point. There is hope on the horizon though, after a very cold weekend temperatures are suppose to warm up throughout the week. It's not just the water temperature that dictates fish activity. Stability of the water temperatures is critical, once the water temperature stabilizes for a week or so the fish will become active again even if it's only for an hour or 2.

Up by PVR dam is picking up and surface activity is wildly inconsistent. To me one of the downsides of lower flows is that it pushes fish downstream out of the riffles and into the holes. Sadly, between now and the end of January is the slow time, there will be some good days but with a lack of hatches and the cold water it's generally slow.

Midges are around all day but the BWO hatch is slowing down, starting between 11 and 12. Timing of the hatches has become inconsistent and it can vary quite a bit, not only day to day but also a couple of bends away. Surface activity has been very inconsistent but nymphing has been steady.

So far the water has remained clear but keep in mind that after rain or snow melt the river can be dirty below the Petroglyph parking (#9) from Horton Creek. If you're down below and it's dirty just move upstream until you find clean water. The old winter rule applies again, the colder the night before the further upstream you should start.

Hot Creek between storms this week 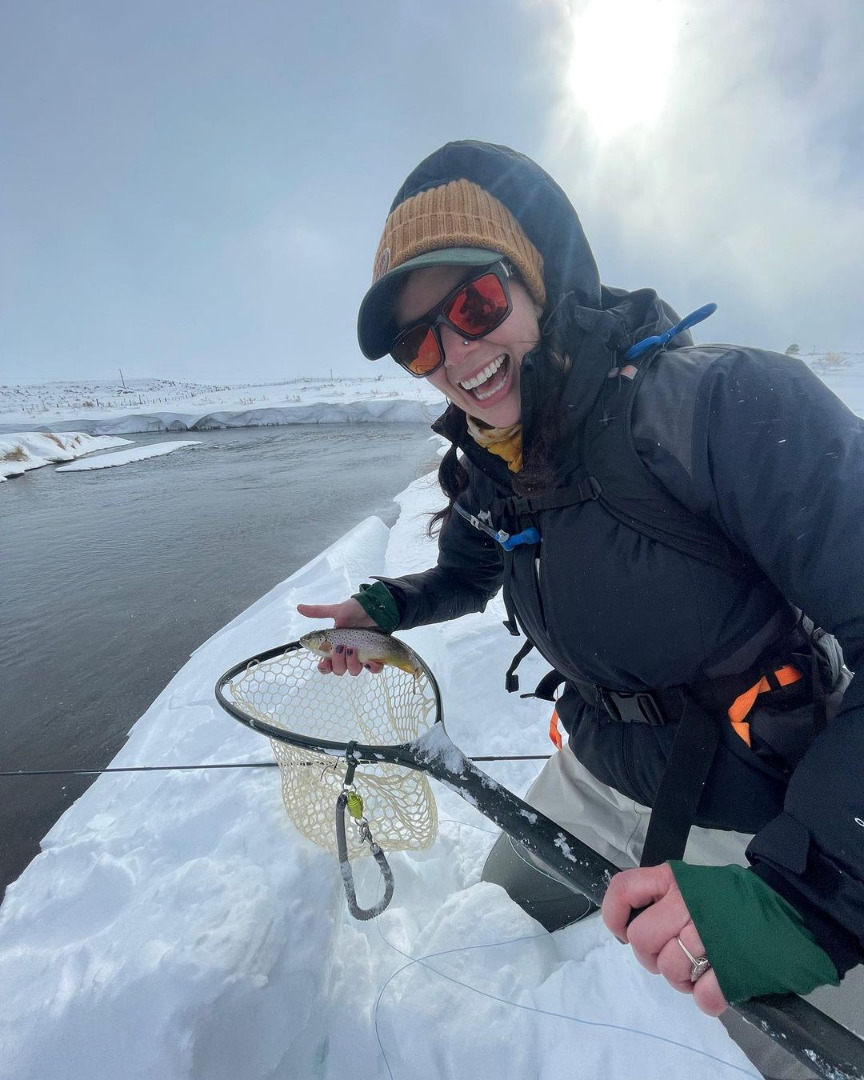 Britni and Brett managed to sneak in a couple hours on Hot Creek between storms this week. #thetroutfitter #hotcreek #winterflyfishing......

Fly Fishing Reports is the newest member of the SportfishingReportsTM Network of fish reports, boats, landings, guides, locations and more. We open our doors to the Fly Fishing outdoor enthusiasts who have a passion for the sport.